When we first met the Kermetico, its website was old-hat and unbeautiful. Owners of the business were suspicious about the internet, especially about its business capabilities. As a result, they weren’t willing to pay much for the renovation despite a lack of any ready-made identity elements.

We weighed up all the pros and cons and found out that we can cover all preliminary requirements within the budget: the site Kermetico needed wasn’t too complex in terms of the backend.

with eye diseases, as well

After all requirements were elicited, analyzed and recorded, we form the tasks list:

Create a brand new identity and design that will be industry-relevant.

Investigate the core audience and think through usability according to it.

Achieve a high level of quality. 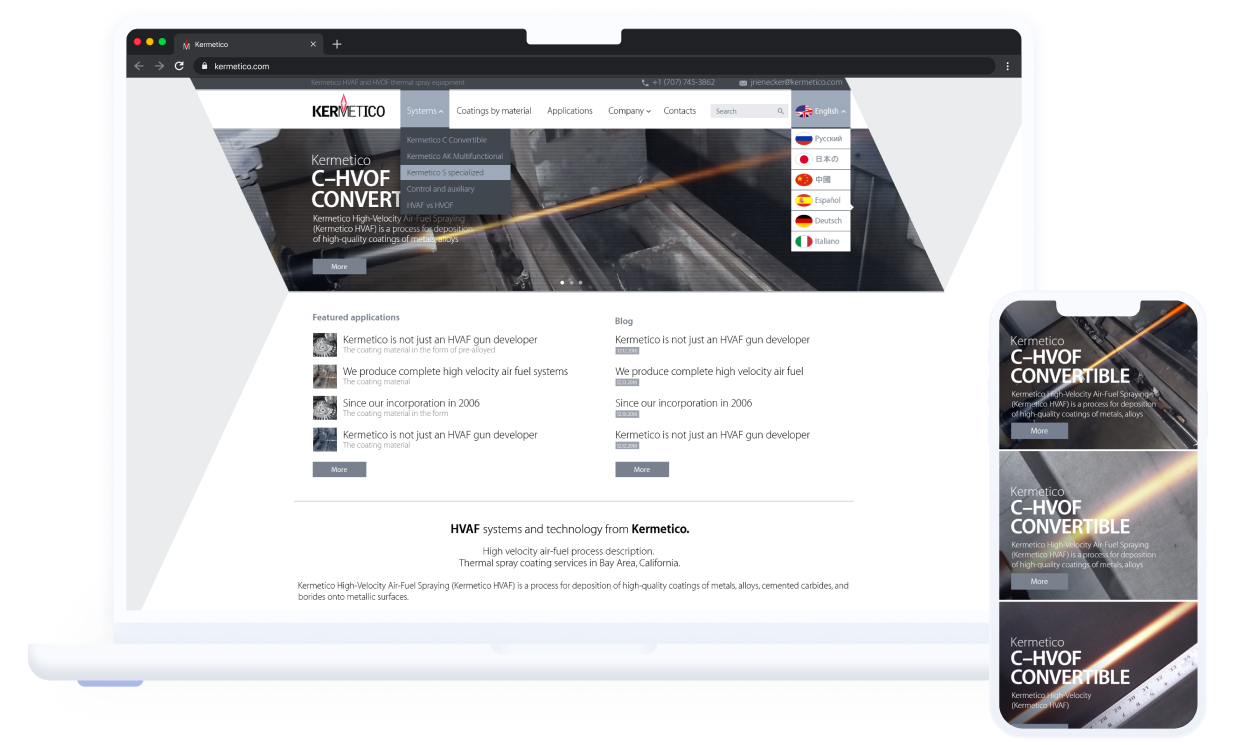 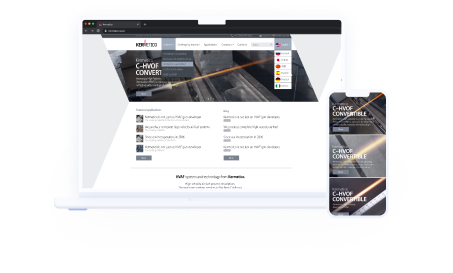 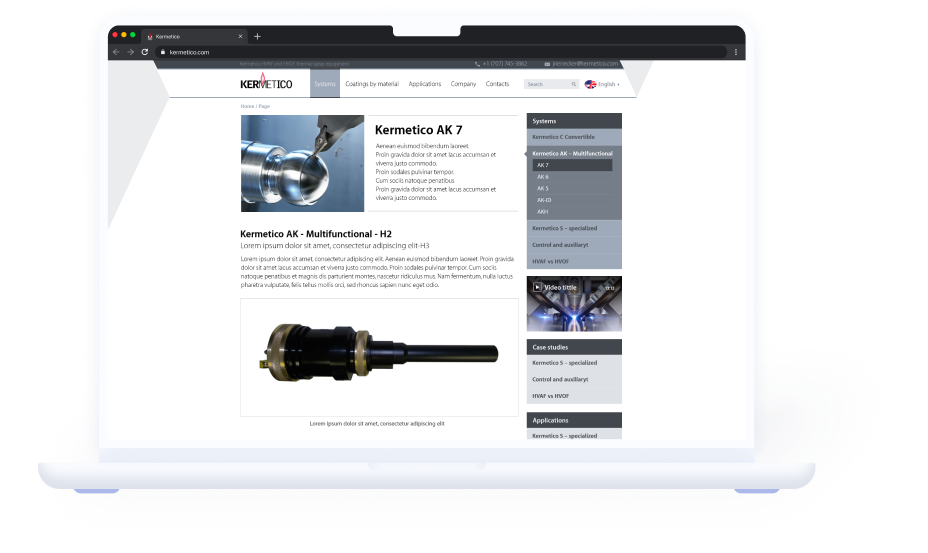 As we said above, the company hadn’t any elements of identity, and we began the project by working on its branding. A business owner who worked with the development team did not interfere much in the process at the beginning, so there were no significant issues in coordination, but many small changes appeared later.
The identity and design, which we finally created, turned out to be really sectorial. That means plenty of equipment photos, info charts and diagrams that make an accent on a company scientific basis. Moreover, the design style can be recognized by outsiders as abnormal but it looks very common for those who are familiar with the matter. We took some polls to assure them in it.

We paid the closest attention to get to the bottom of the core audience. The investigation unveiled that the consumer on average is a man at age 40+ who is tech-savvy, but mostly with impaired vision: electric welding is rather harmful to the vision. Taking into account that fact we decided to implement the visually impaired accessibility feature, using the WCAG 2.0 accessibility standard. Another one urgent and labor-intensive feature is Schema.org-compatible semantic markup. With the help of it users can see paragraphs of the site with descriptions and even ranks directly within search results. It is rather helpful for busy tech workers who are used to get any required info in tabloid form. Also, at the very beginning of the development process the customer provided us plenty of content, which required quite a precise positioning at the future site pages. We took into account all users’ considerations we found to do it in the finest fashion. 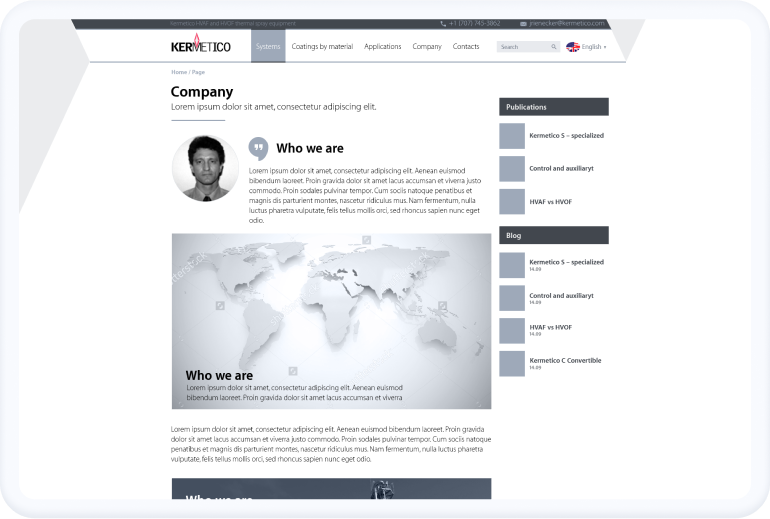 Another one challenge was to achieve pixel-perfect layouts, as well as the minimum possible level of errors. Since the backend of the site was turned out to be not so complicated, the main issue lied in potential HTML/CSS errors. Several iterations of testing and error recoveries took its toll. The last test showed zero level of HTML and CSS errors found by W3C Markup Validation Service. As for the layouts, we did our best and reached the level of accordance that the customer has found as acceptable just in a couple of sessions.

The site we developed and delivered turned out to be much better than all the competitors’ sites we have found. With its help the customer has already expanded its presence on some foreign markets. Kermetico as a company finally got a strong brand awareness that helps it to surpass the competitors during networking as the main sales channel. The visitors-to-buyers conversion rate increased by 6 percent owing to personalized communication.

You're one step closer to building your perfect product.

By using our site you agree to our use of cookies to deliver a better site experience.